Skip to content
Digital Motorsport lotus lotus simulator
Colin Champman is credited with making the first-ever purpose- built racing simulator, so it was and absolute highlight of my career when I received a phone call from my brother who had found one of the original Lotus 31 Racing simulators in a barn in Portland Oregon. The history and purpose of this racing simulator makes it quite significant. Colin Chapman had started something in the 1960’s that I had the privilege of supporting its restoration for an interactive exhibit at the World of Speed Museum in Portland.

In the mid 1960’s prominent figure in Formula 1 racing, Colin Chapman came up with a completely new idea to market racing. “Today millions of young people of both sexes wish to be more closely identified with the world of speed and racing.” states the original manual for the Lotus Simulator. By putting anyone in the driver’s seat, more people could identify with racing. Being a representative for Lotus racers, Chapman designed and built a handful of these marketing contraptions. The manual states: “the racing car is a faithful static reproduction of the successful Lotus 31 Formula car fitted with all of the normal controls and instrumentation.” An image was then projected onto a screen of a little model car on a rotating disc going through the same movements as the driver. 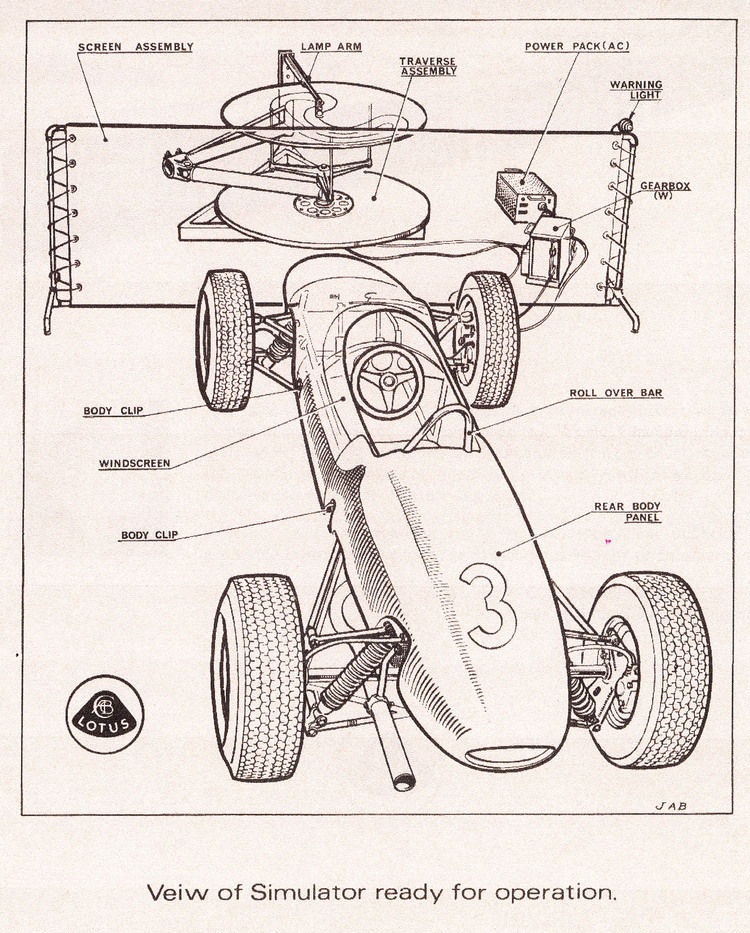 Original schematics from the manual- with original misspelling of 'view'. The idea went over well and the simulators were used mainly for marketing and amusement. They were purchased by dealerships and companies such as British Petroleum (BP) and other companies. One was even used for a 1967 Avengers television episode: "Dead Man’s Treasure". In full TV hokiness, the woman behind the steering wheel had to keep driving or would be shocked with a deadly amount of electricity. Few of these simulators have survived the test of time. Especially as none were proven race cars, they were often overlooked and became separated from their parts and pieces. As far as we know, this is an authentic 1960’s Lotus Racing Simulator is one of the few left in the world.

When I first sat into the Chapman Lotus Racing Simulator, it was like a dream come true. My father owned his own business restoring and servicing cars and often we would be treated with an old racing car but this was my favorite era and style of racing and it was really satisfying to finish what Colin Chapman started.

Thankfully the simulator came with a Lotus service manual and everything we needed to complete the build. For the 1960’s it was very low tech but very effective. The concept is the same as the simulators we build today so it was a matter of maintaining the original concept and adding modern components where necessary. 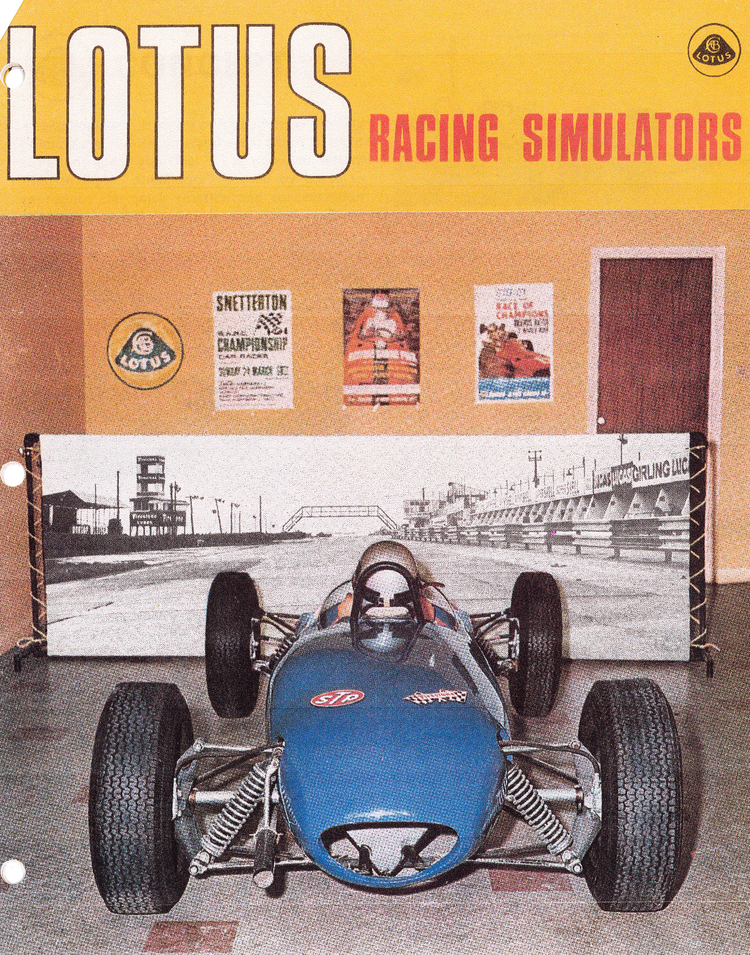 It was really a true honour to support the restoration of this display original Chapman Lotus Racing Simulators. It later found a home at the World of Speed in 2015 where it was used as an interactive exhibit by the museum up until 2021. Seeing the simulator switch on in the museum and watch a whole new generation actually sit into this piece of history and actually drive it was a Vision I am sure Colin would be proud of. For me the highlight was more personal as I helped my daughter experience her first ever racing experience in this unique and important piece of Sim Racing History. More from: Digital Motorsport lotus lotus simulator
Back to News